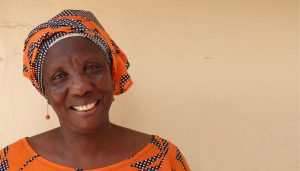 In the Senegalese city of Pikine, a group of women is coming together to help the victims of violence and rape to denounce their aggressors. Penda Ndiaye is one of these women leaders working to make their communities safer and more egalitarian. 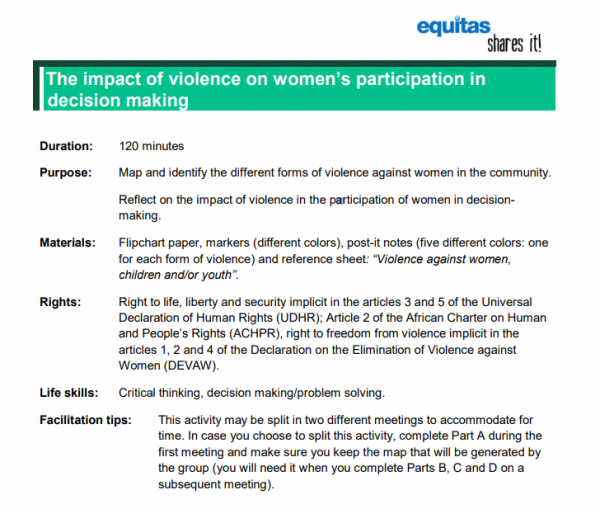 This activity helps map and identify the different forms of violence against women in a community and aims to reflect on the impact of violence in the participation of women in decision-making. 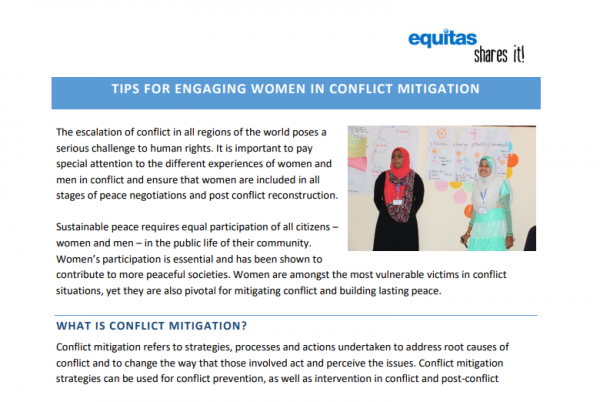 This resource document provides guidance on ensuring that women are included in all stages of peace negotiations and post-conflict reconstruction. Also available in French. 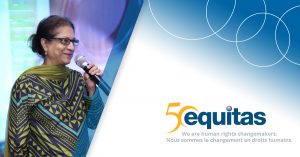 ASAMA JAHANGIR – Pakistan. Asma Jahangir has been a prominent human rights lawyer and activist in Pakistan for the last 40 years. She learned the importance of freedom of expression early on in life, as her father was a political prisoner. When she began practicing law in early 1980, there were few women in court and there were no women judges on the bench. 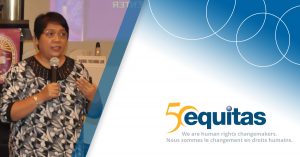 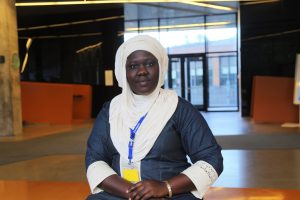 Salie Thiam in Montreal, Canada (June 2017)   Every year, Equitas – in collaboration with Global Affairs Canada – offers the prestigious Ruth Selwyn bursary to one of 100 participants attending its International human rights training program (IHRTP). This bursary recognizes the participant’s work in the promotion and protection of women’s rights. The bursary honours Ruth […] 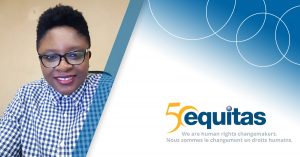 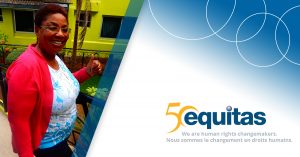 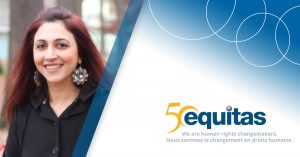 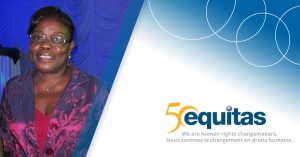