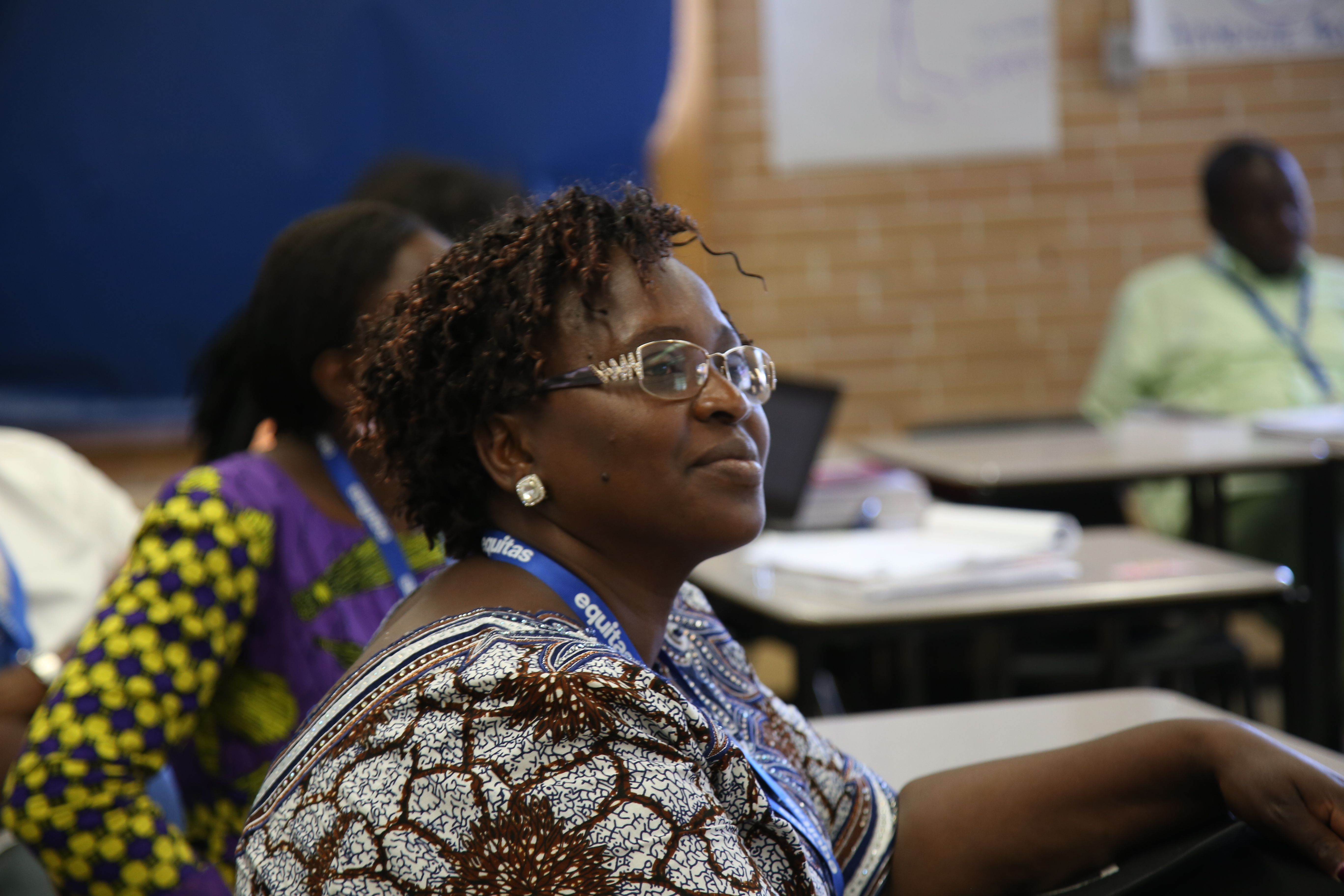 In 2005, a small group of local Burkinabé women decide to create an association aimed at fighting for the rights of women in their country. Among them, Julienne Dembele Sanon is the only one who knows how to both read and write. Little by little, by saving up small amounts of money each month and preparing documents and projects, they build together the Association Femme et Vie.

As soon as the Association is created, their responsibilities are already heavy: working as much in the medical as the legal fields, the fight for gender equality is difficult and patriarchal mentalities are well anchored into Burkinabé traditions.

“We have very flagrant cases of human rights violations, such as female genital mutilation, spoliation – when a woman loses her husband, her family can reject her and take away everything she has. There are women who are beaten, women whose husband refuses to let them work. Yet for the woman, financially, if she isn’t independent, it can have a big impact on her children and their schooling. So we saw there were a lot of problems for women, and we thought if we worked as a group, we could fight together.”

Active in the fight against HIV, malaria, tuberculosis, and malnutrition, some of their projects also touch on sexual and reproductive health and family planning for women of any age and marital status. Through awareness-raising projects, the Association seeks to eliminate gender-based violence, but also to push for more economic independence and legal assistance for women. 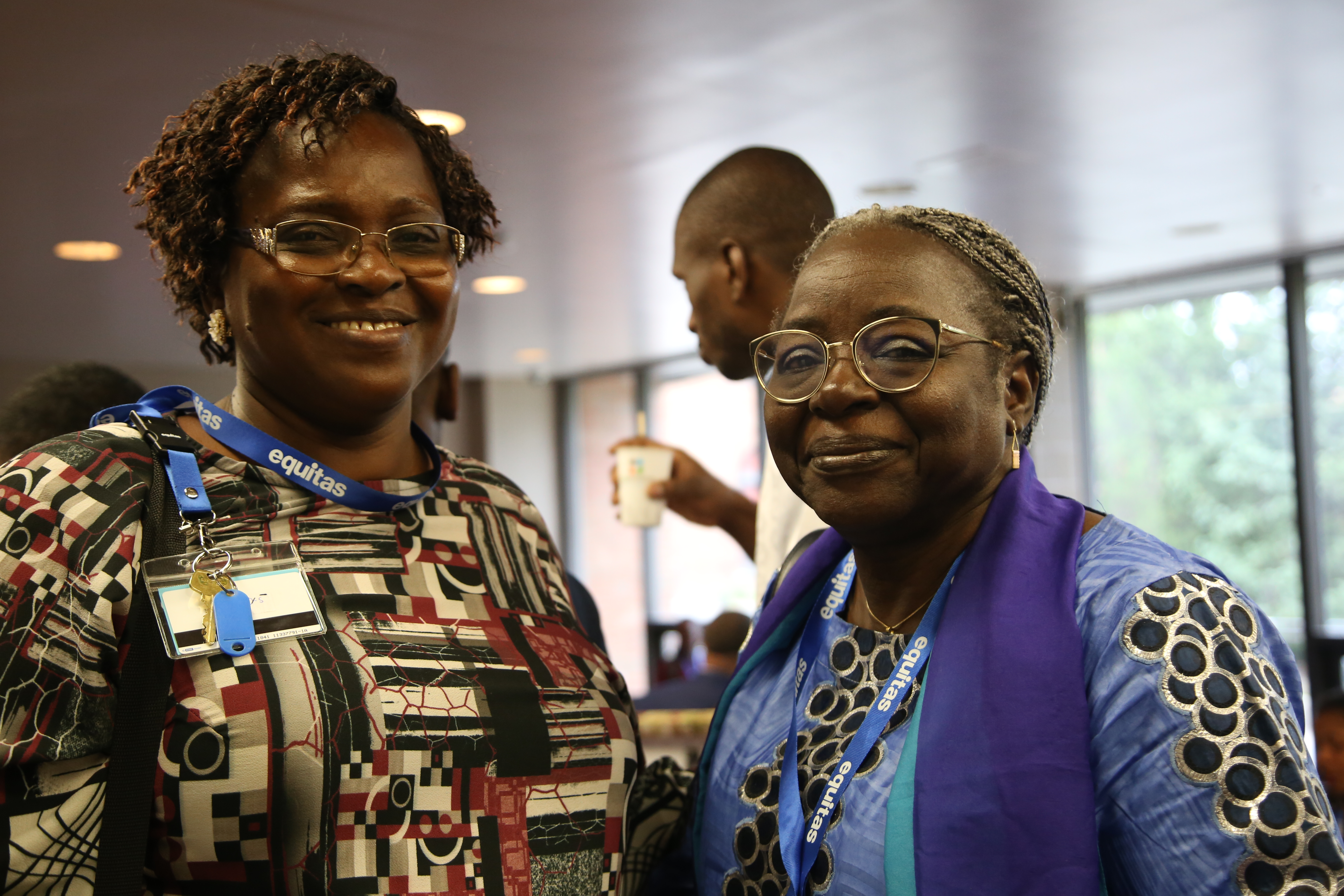 It goes without saying that the Association gets involved in a variety of different issues within the country. According to Julienne, one of the best ways to advance the rights of women and girls is to give them access to education and information. For example, without information about their rights or the services available to them, Burkinabe women cannot benefit from legal assistance, healthcare services during and after pregnancy, or contraception methods. Since sexuality is a taboo subject in Burkinabe society, it also becomes important to teach young girls about the risks of sexually transmitted diseases. The same goes for other illnesses and health-related problems, as prevention, screening, and treatment measures are little known.

This is why each of the Association’s initiatives puts a particular emphasis on human rights education, an emphasis shared by Equitas in its projects overseas – including the one in Burkina Faso, Advancing Equality through Human Rights Education. With the main goal of contributing to women and girls’ empowerment by providing them with the knowledge, competences, and tools they need to promote gender equality in their communities, this initiative is composed of many elements, including the International Human Rights Training Program (IHRTP), which Julienne attended this year. The other elements aim to promote leadership in women, build the capacity of civil society organizations, and create a space for dialogue with decision-makers. By reinforcing their abilities, these projects contribute to giving a voice to the members of local communities and favour the enjoyment of their rights in an environment of equality.

As one of the founding members of her Association, participating in an experience like that of the IHRTP allowed her to strengthen and add to the knowledge she had already acquired throughout her studies and her career.

“With this training, I’m well-equipped for my work in human rights education in the field. I’ve learned a lot, I’ve worked on the knowledge I had in law, and especially throughout the streams, the modules on which we worked, they really help us in our work. For example, the CEDAW, [at the Association], we had translated it in our local language to allow women to understand its contents. I now understand its foundations better. What we have learned here will be useful for our entire lives.” 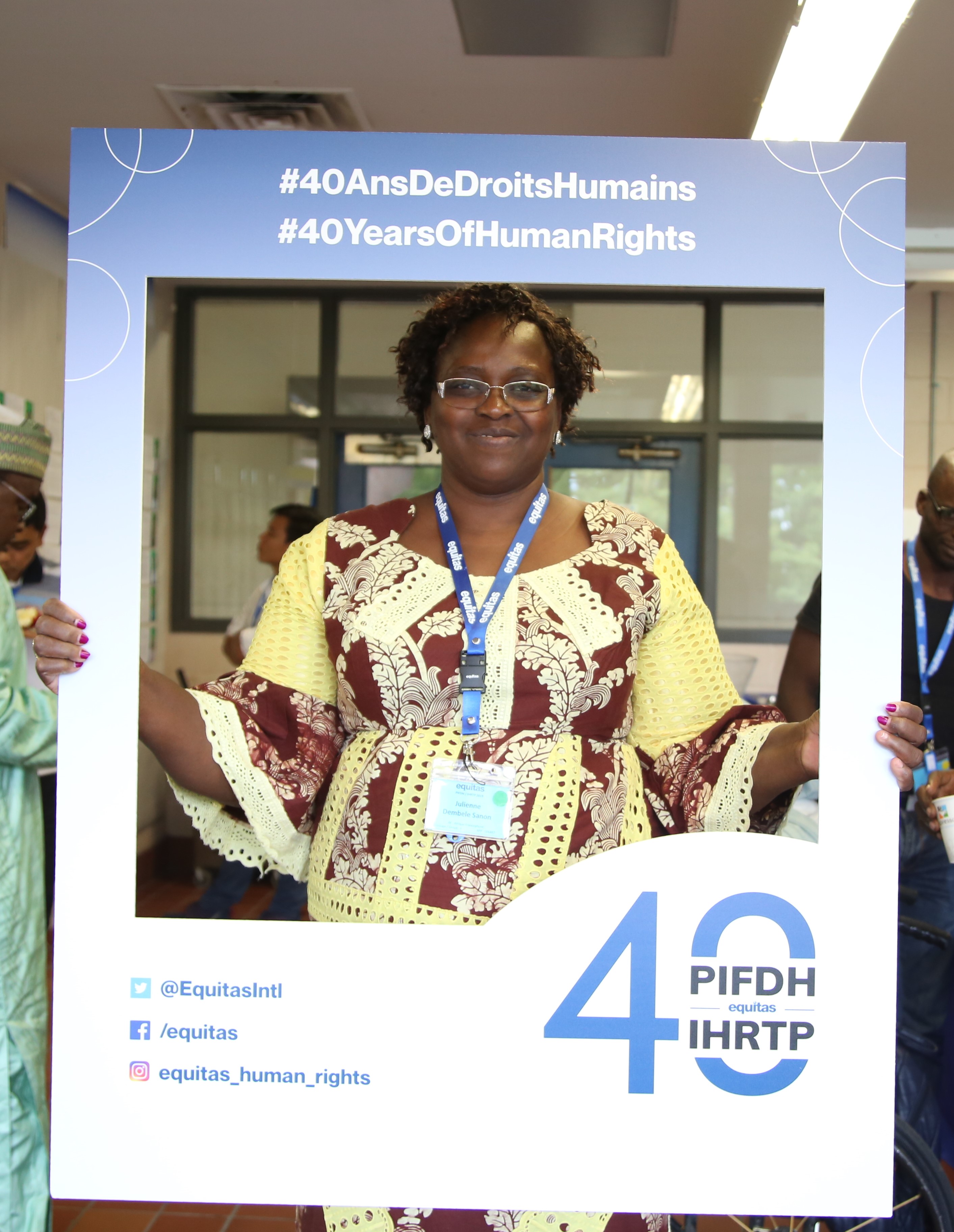 For Julienne, the importance given to equality and the value of each person is a key part of the IHRTP experience. By encouraging critical thinking and personal behaviour changes, participants become better agents for human rights and are more qualified to bring change in their communities. She also highlights the importance of passing on the information she has received to other women in the communities she works with. To her, “sharing information is a duty, a moral obligation.”

While her work is far from over, Julienne is optimistic about the positive developments that her Association has brought through human rights education

“Since we’ve worked in this field, women have more and more courage to denounce and to turn towards justice. They have the courage to speak up in public, to express themselves, to hold higher positions, which wasn’t the case before. There are even leaders who decide to oppose the act of female genital mutilation. And today, the rates of literacy in girls are starting to go up little by little because people now understand that sending a girl to school is a good thing – I am myself an example of that. So all of these are positive changes that encourage us to keep fighting.”