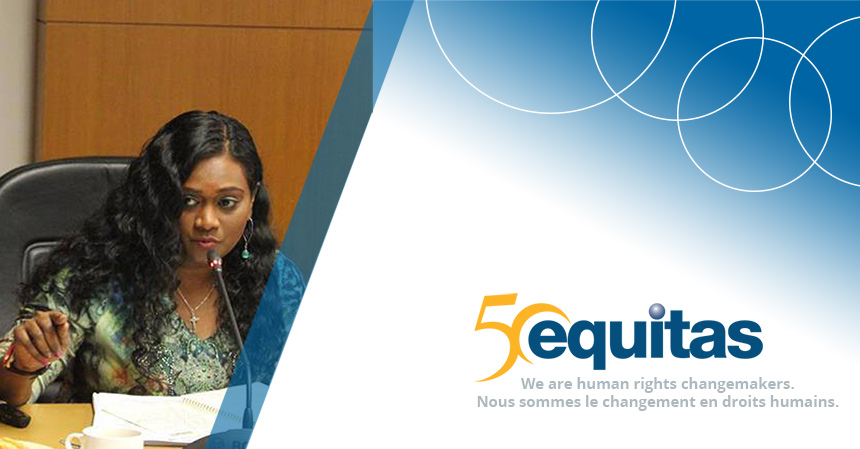 When Glorene entered the office of Tenaganita, a Malaysian NGO that promotes the rights of migrant workers and refugees, she knew nothing about human rights. “During my first week, I had to spend time at the library to learn what human rights meant. I had never related to the migrant and refugee population before.” What Glorene didn’t know at the time was that her understanding was about to change drastically—their fight would soon become hers.

“What we are fighting to change with Tenaganita is the treating of migrant workers like commodities. The workers should be treated as human beings, deserving basic rights.”

Malaysia has one of the fastest-growing economies in South-East Asia, with a population of approximately 30 million people. The economic situation of the country makes it appealing to the surrounding countries, where large parts of the population are seeking a better life. It is estimated that migrants constitute between 20% and 30% of the country’s workforce. In the fields of manufacture, domestic work, agriculture and construction, the percentage is even higher. “No locals want these jobs, calling them the 3D’s, which stands for dangerous, dirty and difficult.”

In 2001, Glorene had the chance to participate in Equitas’ International Human Rights Training Program (IHRTP) in Montreal.

“Equitas taught me nearly everything I know about the United Nations conventions, international law and how to use these mechanisms to protect the communities I work with,” Glorene says.

Glorene now uses the skills she learned in the IHRTP while training volunteer lawyers to work with her organization on cases of migrants. Last year, her team was able to follow 249 cases at the court.

The typical cases involve migrants working long hours without days off, unpaid wages, withholding of passports and poor living conditions. Glorene explains that not all violations and complaints go to court. “The problem of documentation is important and power is in the hands of the employer who takes advantage of the vulnerabilities of these people—and specifically women.” Still, she is very proud of their work and their gains by negotiating with the perpetrators. Last year, they were able to get back almost half of a million dollars in compensation for the migrant workers.

Another important part of Glorene’s work, now the Executive Director of Tenaganita since 2014, is advocacy. What she dreams for Malaysia is a policy to legally protect workers coming from foreign countries. “The more Malaysians are informed about the conditions the migrant workers live in our country, the prompter they are ready to support the cause and push the government to give them more rights.” This is why she often appears in the media to talk about these issues and denounce the injustices these workers endure.

One of the reasons her organization is focusing on women and girls is because they are the most vulnerable to sexual and physical abuse and human trafficking. “Migration has a woman’s face.” Tenaganita now has two shelters that provide support for the survivors of these terrors. The NGO has created a safe space for them to develop their skills, and to reintegrate into their communities or home countries.

Glorene travels a lot to push the agenda of migrant workers and refugees nationally and internationally, but she is still personally connected to these survivors. And despite her busy schedule, she takes the time to accompany the women to court, and shares her warmth in the pursuit of equality and justice.