Manon Thépault was an intern at the International Human Rights Training Program in 2018, where she met activists defending the rights of people living with disabilities. This inspired her to write her master’s thesis on the evolution of these rights in the MENA region.

My experience at the International Human Rights Training Program (IHRTP), organized by Equitas, gave me the opportunity to reflect deeply on the rights of people living with disabilities. As a Coordination Assistant working with 11 other interns, I had the chance to work with more than 90 activists from all over the world. All of them were fighting to advance human rights—for the recognition of the rights of LGBTQI communities, against gender-based violence, for the protection of children and refugees, but also for the rights of people living with disabilities. 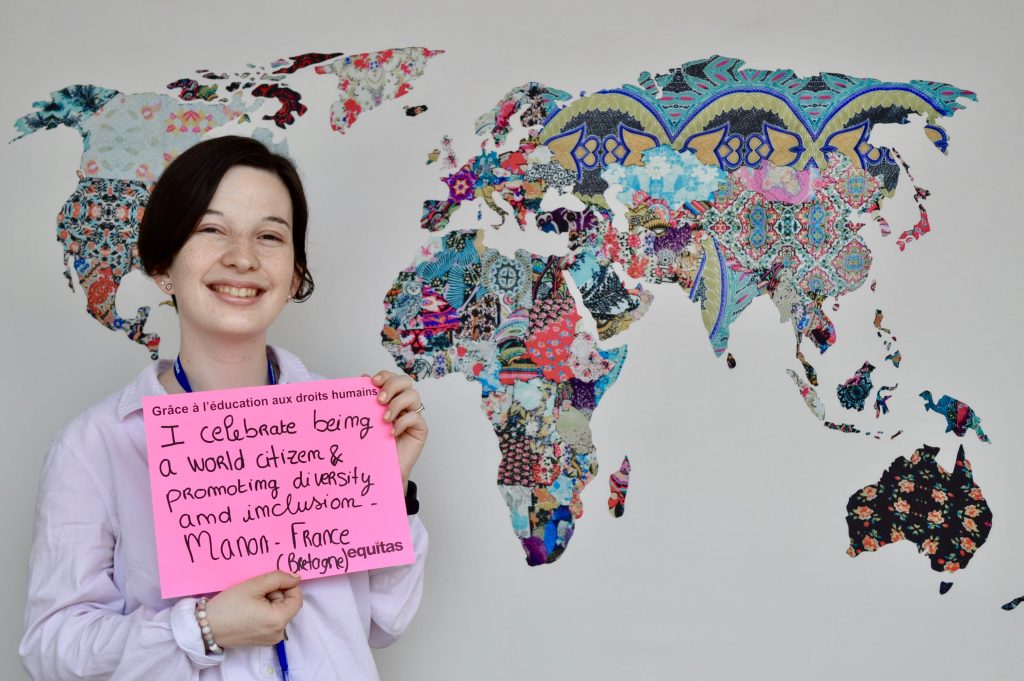 Meeting Alaa Al Daqqaq, a Jordanian human rights defender working for the rights of people living with a disability, led me to start examining accessibility and inclusion in a more academic sense. Alaa has cerebral palsy and works for the Higher Council for the Rights of Persons with Disabilities in Jordan, where she focuses on issues related to independent living and social rehabilitation. Welcoming and brimming with joie de vivre, Alaa quickly became a friend. One night, she told me her story. Alaa has had to fight every day to prove that she was capable of getting an education and finding a good job, not only to her friends but even to her own family. Through hard work and perseverance, she now lives independently – a fact she celebrates with pride, especially considering the stigma surrounding disability in the Arab world. 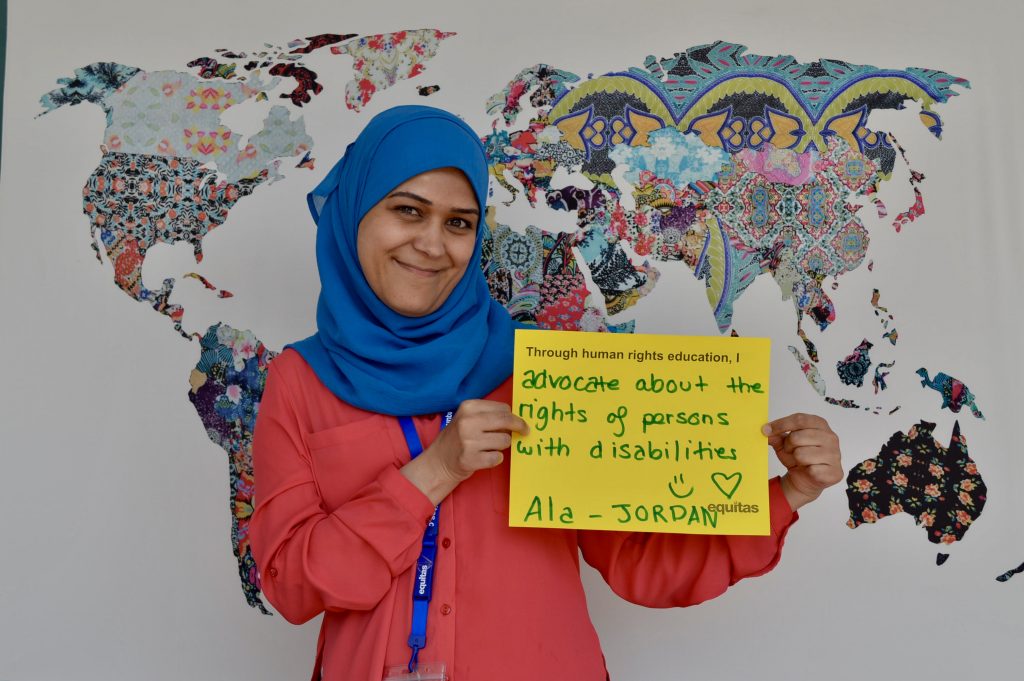 I also spoke  with Imed Tarchi and Ibtihel Zoua, both IHRTP participants and members of the Organisation Tunisienne de Défense des Droits des Personnes Handicapées. They shared with me stories of the victories won by the movement for the rights of people living with disabilities during the Arab Spring. Progress has been slow, but each political victory helps change how disabilities are perceived by society. 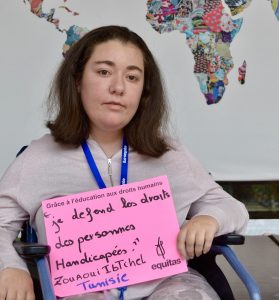 My supervisor throughout the IHRTP, Marie-Pierre Arseneault, suggested that I write my research thesis on the rights of people living with disabilities in the Arab world—a fascinating but relatively undocumented subject. 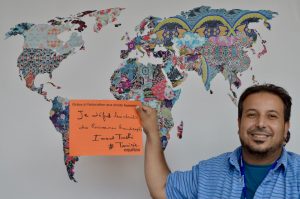 I chose to study four countries: Algeria, Tunisia, Iran and Jordan, as they relate to three themes, including an analysis of the impact of the United Nations Convention on the Rights of Persons with Disabilities, adopted in 2006 and ratified by 177 States, which allowed me to approach the theme of disability from multiple perspectives. I had the opportunity to meet with four former IHRTP participants, including Alaa. Their approach is centered on advocacy and mediation with elected officials, but also on the desire to change society’s preconceived ideas about disability.

As an example, Arbi Chouikh, one of the former IHRTP participants, denounced the persistent issue of a “pity-based stereotypical image” of people living with disabilities. 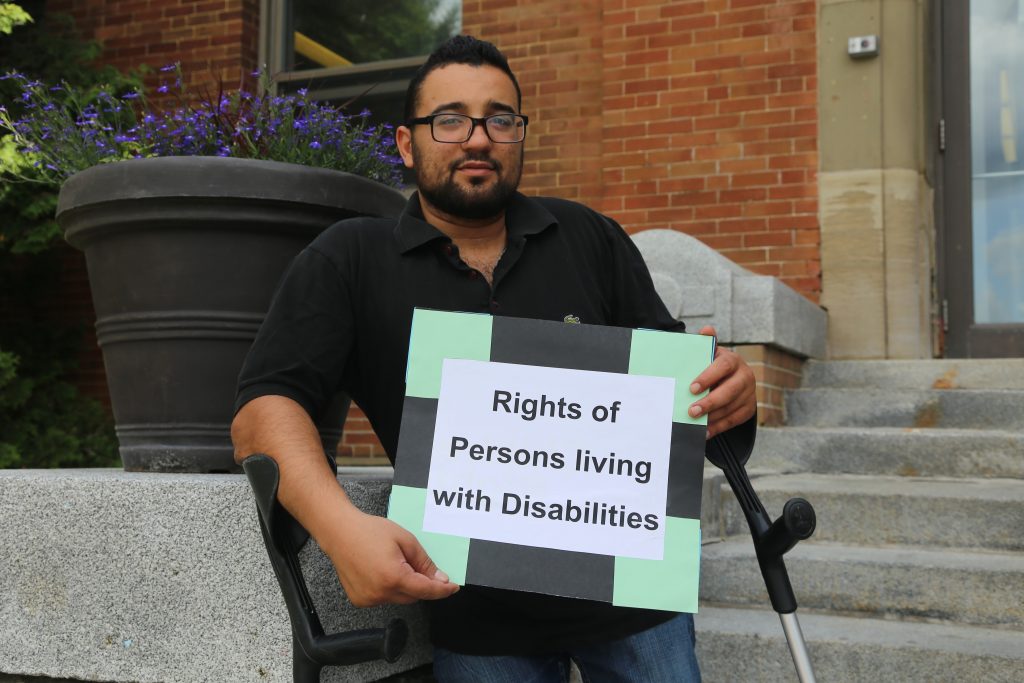 A very interesting study carried out in 2005 showed that Jordanians are open to the idea of greater inclusion of people living with disabilities in society. However, when asked about supporting a loved one living with a disability or even just looking a person living a disability in the eyes, the reticence of study participants started to show. Nonetheless, progress is being made. The public organization in Jordan where Alaa works promotes independent living for people with disabilities and even seeks to put an end to residential institutions to allow them to become truly independent. If accomplished, this project would mark a huge step and would certainly change mentalities. 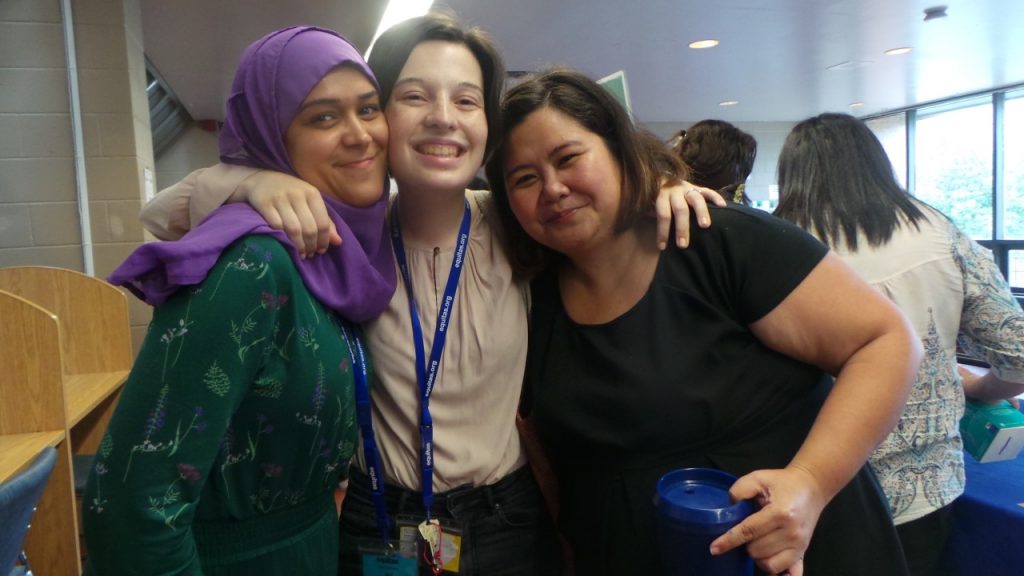 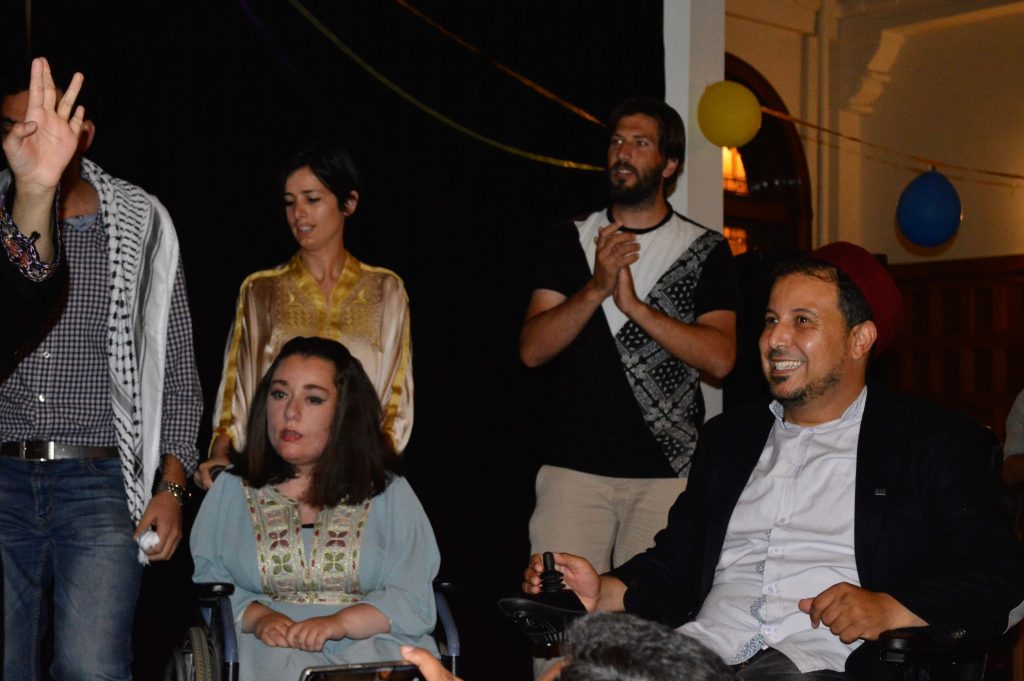 To read Manon’s thesis in full (in French only), click here

← YWCA Young Feminists: Breaking Down Stereotypes and Growing the Feminist Movement
How Youth in Medicine Hat are Standing Up to Bullying and Racism →