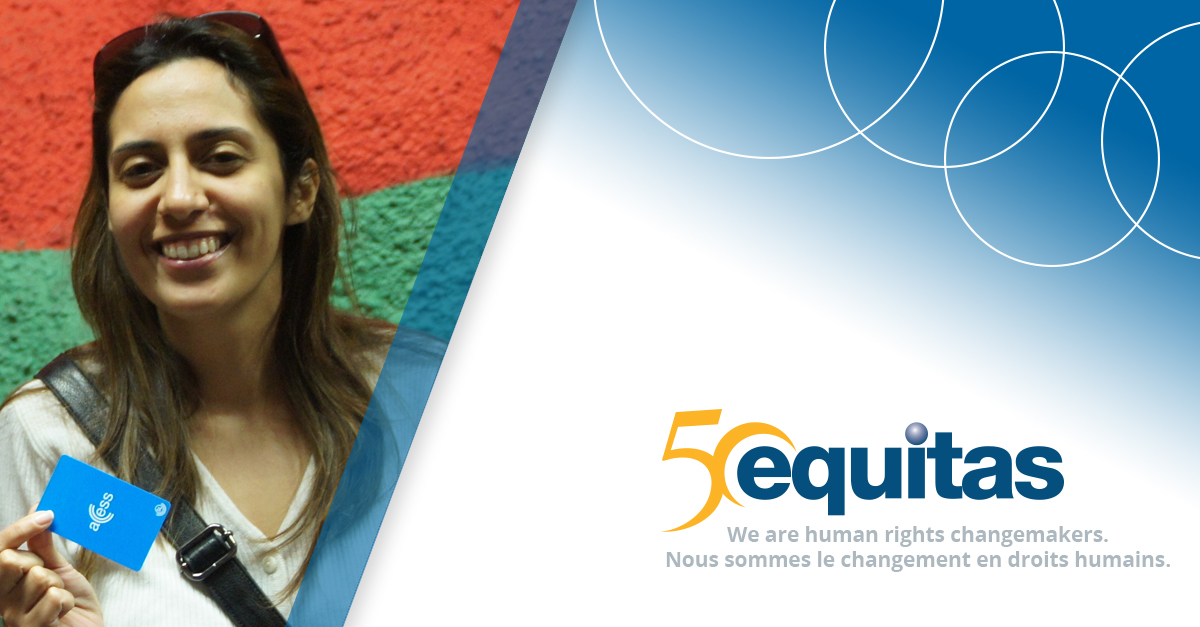 At 22, Sally Salem seemed to be heading down the path expected for many women in Cairo, Egypt. It was 1999 and she had just graduated with a degree in English literature and, through family connections, had landed a secure job in a local company. But she was restless. And she couldn’t stop quietly questioning the social inequalities and discrimination she observed.

Today, Sally is a changemaker empowering the next generation by developing their critical and analytical thinking through human rights education.

She had long questioned why her mother shouldered the duties of child-rearing and household chores atop her own full-time job. Or why people ‒ especially young people ‒ didn’t have (and sometimes didn’t want to have) a clear voice in matters affecting their lives. Or why inequalities in access to education were rising.

Salem wanted to change societal attitudes. So she and a friend visited the local community centre, operated by the Ministry of Youth and Sports, and offered to provide activities for the disadvantaged youth who often gathered there in the afternoons. They brought ideas for juggling games, classes in computer skills, activities in critical thinking and documentary filmmaking. Persistent patience, energy and dialogue gradually opened doors for Salem and her friend despite the wariness of the centre’s employees. Over the next few years, Salem recruited younger co-workers to help in the community center.

And Salem’s activities helped her land an overseas opportunity: in 2004, Equitas granted her a scholarship to participate in the three-week International Human Rights Training Program (IHRTP) in Montreal, Canada. The program, with other programs that she undertook locally and internationally  developed her skills, expanded her support network, and bolstered her confidence to later leave the stability of her daytime job and work full-time as a freelance facilitator.

When Salem joined the Equitas program, she says, “I was young and I was less experienced than most of the people who were there.” She didn’t know, for example, that through her community centre activities she was advocating something called “active participation and citizenship.”

At Equitas, Salem met human rights educators and defenders from around the world, including many from the Middle Eastern North African (MENA) region.

“It’s very empowering, because it shows you are not alone in this world,” she says. “There are not so many people who are doing this kind of work. And you have to have a lot of resilience to do this work, because you are going against most of the norms of society.” With such a support network, “people leave the IHRTP feeling that they can do things.”

The program provides participants the critical skills for facilitating human rights education ‒ something different from “teaching”. Human rights education is about encouraging everyone ‒ even the trainers ‒ to constantly test and retest their notions and beliefs. “It’s not like you switch on the light and you are convinced about the rights of women to do x, y, z, for example,” or that your actions or reactions always align with your beliefs, she says.

After completing the IHRTP in Montreal, Canada, Salem returned to Cairo and explained the human rights based approach to several colleagues. They then designed a manual for a program on active youth participation and citizenship, and hosted a training workshop on the topic in Egypt, with participants from several European and Middle Eastern countries.

Salem prefers the quiet leadership role behind the scenes, giving others the tools to help facilitate change. “I am not the kind of person who will go and lead a demonstration. I do more education and more background work. And participants are free to act upon the ideas that we discuss and take it further or not. I don’t push them to do it.”

As a freelance human rights facilitator, her work focuses on issues ranging from gender roles to youth leadership to local and international voluntarism. She works with other educators nationally and internationally, several of whom she met through Equitas. After returning from Canada, for instance, she helped an Equitas colleague and fellow Egyptian coordinate a human rights education training program for a nongovernment organization, the Arab Program for Human Rights Activists.  Salem often relies on her Equitas colleagues to refuel her own energy when optimism sags. They share ideas and talk about coping with challenges.

Salem says: “It’s easier for people like me to survive when they feel that they are part of a bigger thing.”