The Borough of Montréal-Nord to receive the Play It Fair! Award for its exceptional work with children and youth 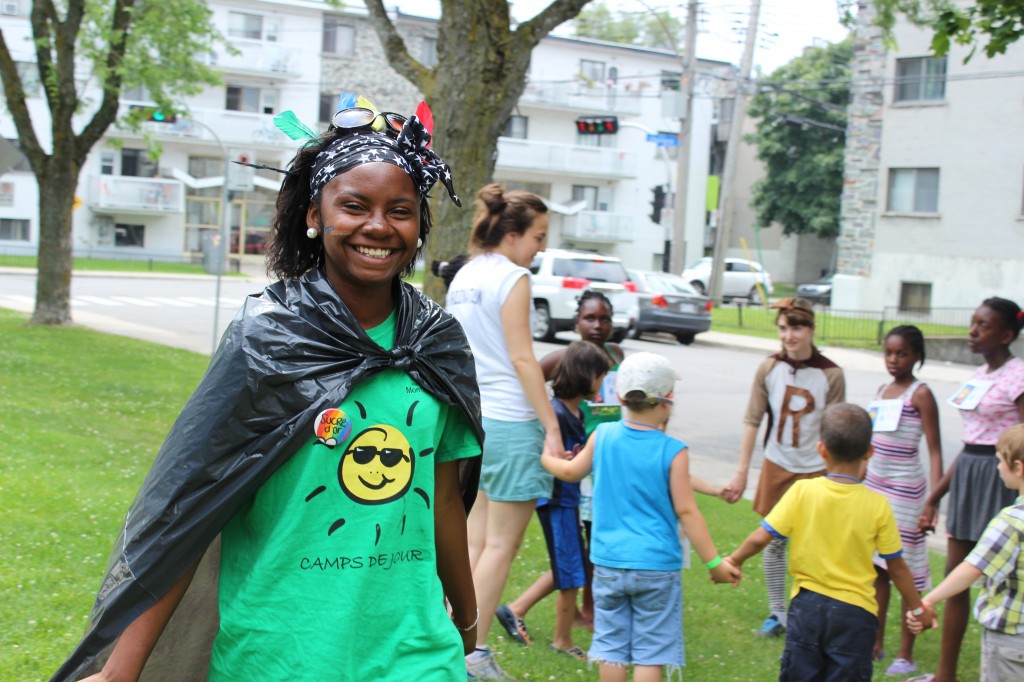 Montreal, November 20, 2015 – Equitas is proud to announce that the Borough of Montréal-Nord is the 2015 winner of the Play It Fair! Award. This prize is awarded every year by Equitas on November 20th to mark National Child Day. The Play it Fair! Award is given to an individual or group in recognition of outstanding leadership in promoting the values of human rights, such as respect for diversity, inclusion and peaceful conflict resolution, to Canadian children. The Sports and Leisure Team of the Borough of Montreal-Nord of the City of Montreal have much to celebrate as they receive this award. For almost 10 years, Play it Fair! activities have been integrated into all of the summer camps of the 3 sectors (Central, East and West).  Each year, more then 400 children aged 6-12 y.o. spend their summer learning about respect for diversity, inclusion and fairness through fun and educational activities. For the past 3 years, the Borough of Montréal-Nord has also held dynamic Play it Fair! Days to celebrate International Youth Day on or around August 12th. Each year, 400 children from more than 20 summer camps, animators  and engaged support teams gather to learn about human rights values. This year, the children played and welcomed community members, including the Mayor of Montréal-Nord, to their Play it Fair! Day on the theme of Outer Space.  The young “aliens” and “astronauts” played and searched for their “lost Play it Fair! children’s rights value”.  It was a great opportunity for Montréal-Nord citizens to experience fun games with the goal of promoting peaceful conflict resolution, non-discrimination and human rights of all. Montréal-Nord staff are trained each year to use the Equitas Play it Fair! program to help build children’s self-esteem and resiliency as they learn creative problem solving skills. Montréal-Nord children are being empowered with the knowledge, attitudes and behaviors to help them to become forces for positive change in their own communities. “The Borough of Montréal-Nord helps children and youth become positive changemakers in their community,” says Ian Hamilton, Equitas Executive Director. “When poverty, social exclusion and gang violence are a reality in certain neighborhoods of our city, we have a responsibility to take action for the children who live and grow-up there. By giving this award, we want to highlight the creative and innovative work the Montréal-Nord Borough has done all year round.” “The national Play It Fair! program is fantastic. By teaching our children – including those of Montréal-Nord – the values of human rights, we help them build self-esteem and become more autonomous. What a great way for TD, through Equitas and its partners in 34 communities across Canada, to give a chance to the youth to prepare for their futures!”, says Sylvie Demers, Senior Vice President, Quebec Region, TD Bank Group. The TD Bank Group, has been a longtime supporter of Equitas and Play it Fair! which has allowed over 100,000 Canadian children each year to play with a purpose, say no to bullying and embrace diversity. The Equitas Play It Fair! program was launched in Montreal 2005, with the support of the City of Montreal and the Quebec Ministry of Immigration, Diversity and Inclusion. About National Child Day Celebrated internationally and in Canada since 1993, National Child Day commemorates the United Nations’ adoption of the Declaration of the Rights of the Child on November 20, 1959, and the Convention on the Rights of the Child (UNCRC) on November 20, 1989. About Equitas – International Centre for Human Rights Education Since 1967, Equitas has worked for the advancement of equality, social justice and respect for the human rights in communities across Canada and around the world. In Canada, we partner with more than 500 local organizations and municipalities to offer training and coaching to strengthen their leadership programming for Canadian children in day camps, after school programs and schools. The award-winning Play It Fair! program is an innovative initiative for children aged 6-12 to reinforce their understanding of human rights, to equip them with the knowledge and skills to address challenges such as bullying, exclusion and discrimination, and give them the opportunities to reach their full potential and become leaders in their communities. www.equitas.org

← #RefugeeCrisis – A. Al-Yassini: ‘Our responsibility to act today is both collective and individual’
Forum and Research Launch – Sri Lankan Civil Society Involved in the Promotion of Freedom of Religion and Beliefs →