From CTV News Montreal Five years ago, Ala’a Jarban was a university student in Yemen. Now, he’s starting his life over in Canada, seeking refuge from a government hostile to his sexuality. WATCH THE VIDEO HERE (clic on image) 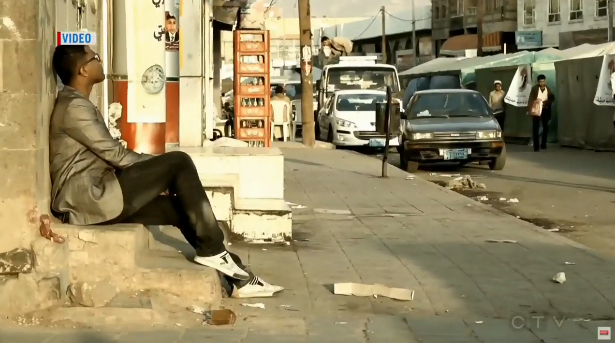 In 2011, inspired by events in Tunisia and Egypt, Jarban and some fellow students began protesting Yemeni President Ali Abdullah Saleh’s 32-year-long rule. “It started as a student movement and then more people joined who were not politically involved before,” said Jarban. As the movement grew, government forces met the protesters with violence. “They would attack us with sticks and at a later point they started using guns,” said Jarban. “But the more they did, the more people joined us to support us.” After Saleh stepped down, a national dialogue into the future of Yemen began. Despite the discussions on human and minority rights, but as someone who identifies as queer, Jarban felt something was missing. “According to Sharia Law, you can be executed or sentenced to death,” he said. While taking a course in human rights work with Equitas, he decided to declare his sexuality on his blog, a move that would garner him death threats from his home country. He decided to apply for asylum in Canada, a status he was granted by the government. “It was very dangerous for me at that time, so that’s why I decided to stay here and continue the work I was doing from here,” he said. From Montreal, he continues to work for Equitas and other organizations dedicated to helping refugees like himself. “Globally, it’s still very restrictive in many countries,” said Equitas Program Officer Natalie Doyle. “There are still 75 countries where it’s illegal to have same-sex acts, so we’re looking at something very real for many people.” Jarban will speak at a Equitas Gala For Human Rights. You can find ticket information here.