Marie Marthe Nicholas, an alumna from Equitas’ 2019 International Human Rights Training Program (IHRTP) and lawyer for Lawyers Without Borders Canada (LWBC) in Port-au-Prince Haiti as part of the Accès à la justice et lutte contre l’impunité en Haïti (Access to Justice and the Fight Against Impunity) project, is using strategic litigation and human rights education to fight against impunity, promote human rights and increase access to justice in Haiti. Marie Marthe became more conscient of rampant human rights abuses happening in her community while in law school and felt that she could not witness injustice and do nothing about it. This exposure to a lack of justice, as well as shortage of women in this field, drove Marie Marthe to specialize in human rights and become an advocate for vulnerable groups in Port-au Prince, and throughout Haiti.

Fighting Against Corruption and Impunity

LWBC’s work in Haiti centers on three pillars: access to justice, citizen participation, and the fight against corruption and impunity. Their work overlaps with an area where Equitas also worked in Haiti for many years – Equitas’ Citizen Engagement Project that concluded in 2019 aimed to build leadership among vulnerable groups traditionally excluded from decision-making processes in order to promote citizen participation, equality, inclusion and solidarity. We are now continuing this work with the Advancing Equality through Human rights Education program and through this project, we tackle gender equality issues in the country in collaboration with our local partners. The third pillar of LWBC’s work and where the projects led by Marie Marthe fall, is the fight against corruption and impunity. This  is focused on legal mechanisms to hold perpetrators of human rights violations accountable, including using the strategic litigation of emblematic human rights cases – a tool used in the legal field designed to bring about positive social change by bringing a single case to court and using it to expose injustice and set an important legal precedent.

In a broader sense, the strategic litigation of emblematic human rights cases is not just about holding individual offenders accountable but also works to enforce a respect for human rights and rule of law, and to end a culture of impunity for human rights violations. According to Marie Marthe, it is not enough to put those who violate human rights behind bars, there is a need to build a justice system that respects and prioritizes human rights. 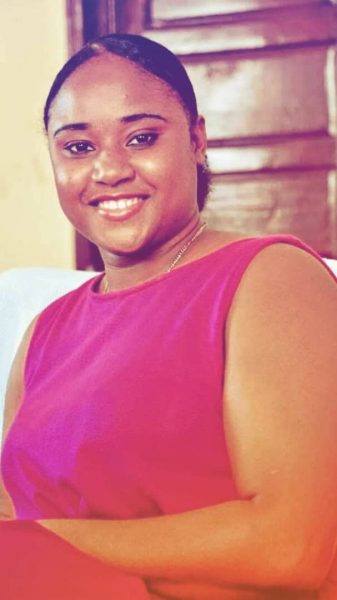 From Montreal to Port-au-Prince: Using the IHRTP in Everyday Work

For Marie Marthe, Equitas’ International Human Rights Training Program was a critical training in her human rights education. The participatory approach and democratization of learning gave her a whole new perspective to her work, and it is something that she has not only integrated into her daily work, but has shared with her colleagues so that they can do the same. According to Marie Marthe, taking a participatory approach to human rights work is key because

“when you identify a human rights problem, the best way to drive change is to go to the people directly affected.”

For her, human rights work is knowing that she does not have all the solution to every human rights issue or crisis – it is paramount that the experiences of those whose rights have been violated are centered in any intervention or training meant to address said violation.

In terms of the biggest change she wants to see in her community, Marie Marthe’s vision is similar to the approach that Equitas takes to social change – that education can be used to empower others to create change. The legal side of her work is not just limited to litigation but is tied to capacity building and human rights education that extends beyond just one person or one organization. According to Marie Marthe one “can’t fight for justice or against impunity without awareness and the spread of information.” According to her, lawyers in Haiti do not typically gravitate towards human rights work – so an important aspect of her work is building the capacities of lawyers to become advocates for human rights and to promote access to justice.

The IHRTP is playing a crucial role in growing networks of human rights defenders across the world and encouraging a more horizontal approach to human rights education. Marie Marthe emphasizes that “anyone who wants to learn about human rights issues, take action or improve, should participate in the IHRTP training.” For her, this training program is key for getting out of your comfort zone to learn about global human rights issues and to be inspired by other human rights defenders. As Marie Marthe continues her work in Haiti fighting against corruption and impunity, as well as empowering and building the capacity of others to do the same, she looks back at her experience at the IHRTP as an impactful and important step in her short but already impressive career.

Haiti remains a country rife with political and social instability; protests against corruption have been met with violence, and discrimination against vulnerable populations, including women and children, is widespread. The United Nations worries that the pandemic could lead to even greater political instability as weak institutions continue fail to hold corrupt officials and perpetrators of human rights abuses accountable and appear to be collapsing under the strain of the pandemic.

As the global pandemic exposes and widens cracks in an already unstable human rights situation, the importance of the rule of law and of good governance, as well as fostering a respect for human rights and for social justice among decision-makers and the general population has become striking. The importance of the work that Marie Marthe, LWBC and Equitas do to strengthen human rights movements is essential in times of crisis like these, where rights become more vulnerable and the rule of law is increasingly under attack.