In December 9th, 2015 Equitas invited the young and dynamic women’s rights advocate, Libyan-Canadian Alaa Murabit as a guest speaker for its Toronto Cocktail on the theme of “Identity and Mobility: Human Rights Education in a Changing World“. Dr. Murabit spoke to Canadian media on the eve of International Human Rights Day on issues such as women’s rights, welcoming refugees to Canada and the importance – more than ever – of human rights education and Equitas’ International Human Rights Training Program, undertaken with the financial support of the Government of Canada provided through Foreign Affairs, Trade and Development Canada (DFATD), as well as support from the American Jewish World Service.

The event was generously hosted by TD Bank Group who also announced  its renewed and increased  support for our Play It Fair! program for children aged 6-12 years old during the evening

NOW: Women’s rights activist Alaa Murabit (@almmura) wants women to be at the decision-making table. We’ll talk about her life and her work.

Murabit on being a woman in Libya: “There was a social gap. You could become a doctor, but you couldn’t become a manager in a hospital.” — CBC Homerun (@cbcHomerun) December 7, 2015

Murabit has used phrases from the Koran to help strengthen the place of women https://t.co/n96ZFWm32J — Sue Smith (@mtlgal) December 7, 2015 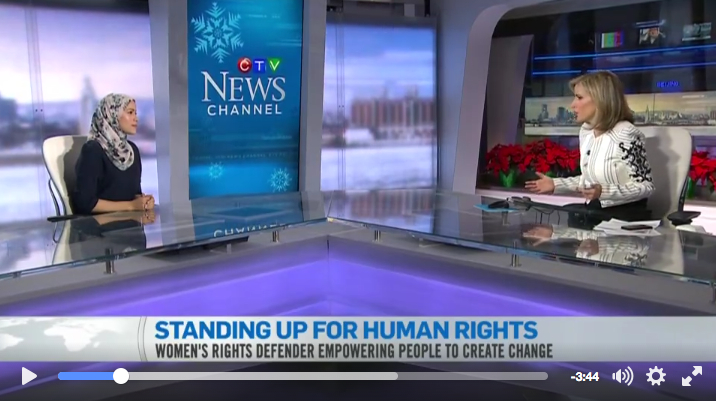 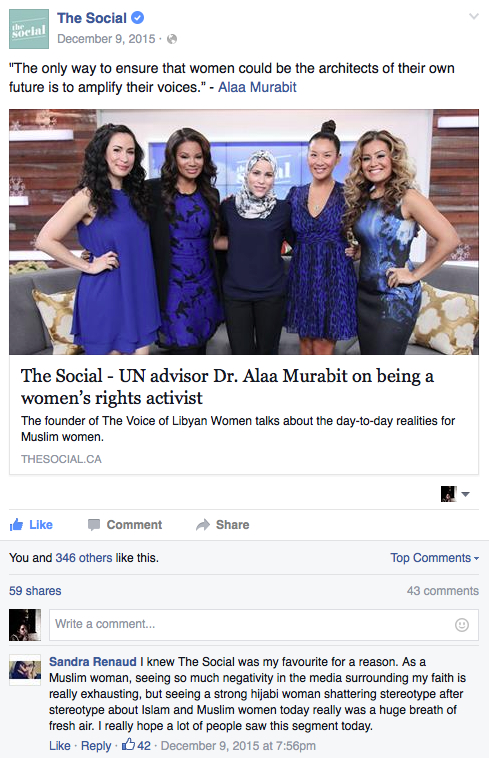 “The only way to ensure that women could be the architects of their own future is to amplify their voices.” – Alaa Murabit Posted by The Social on Wednesday, December 9, 2015

Dr. Alaa Murabit is a respected leader in the international women’s rights movement. At 15 years old she moved from Saskatchewan to Libya, enrolled in medical school and founded “The Voice of Libyan Women”, an organization dedicated to women’s empowerment. Not only that, she was recently named a United Nations Security Council advisor regarding women, peace and security – and ahead of International Human Rights Day, she joined us to chat about her work. Watch the clip above as Dr. Alaa talks about how she ended up where she is today and the work that her organization does. She also discussed the realities for Muslim women and spoke her mind about the heated debate on the niqab. 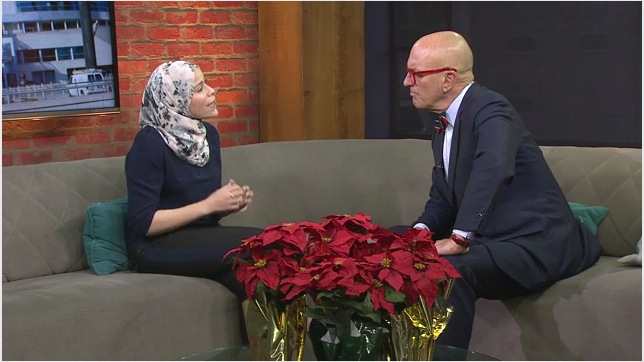 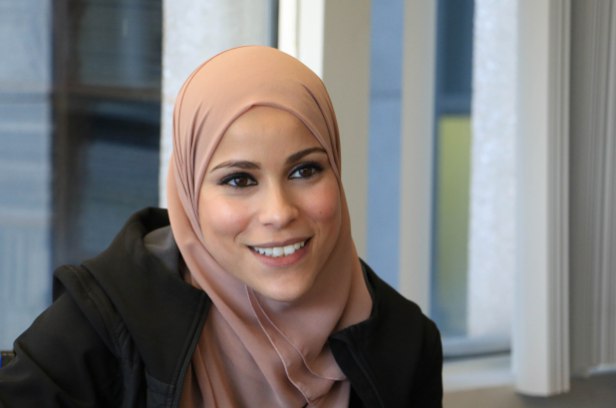 ***
Dr. Alaa Murabit is an Equitas alumna (2012) of the International Human Rights Training Program, undertaken with the financial support of the Government of Canada provided through Foreign Affairs, Trade and Development Canada (DFATD), as well as support from the American Jewish World Service.