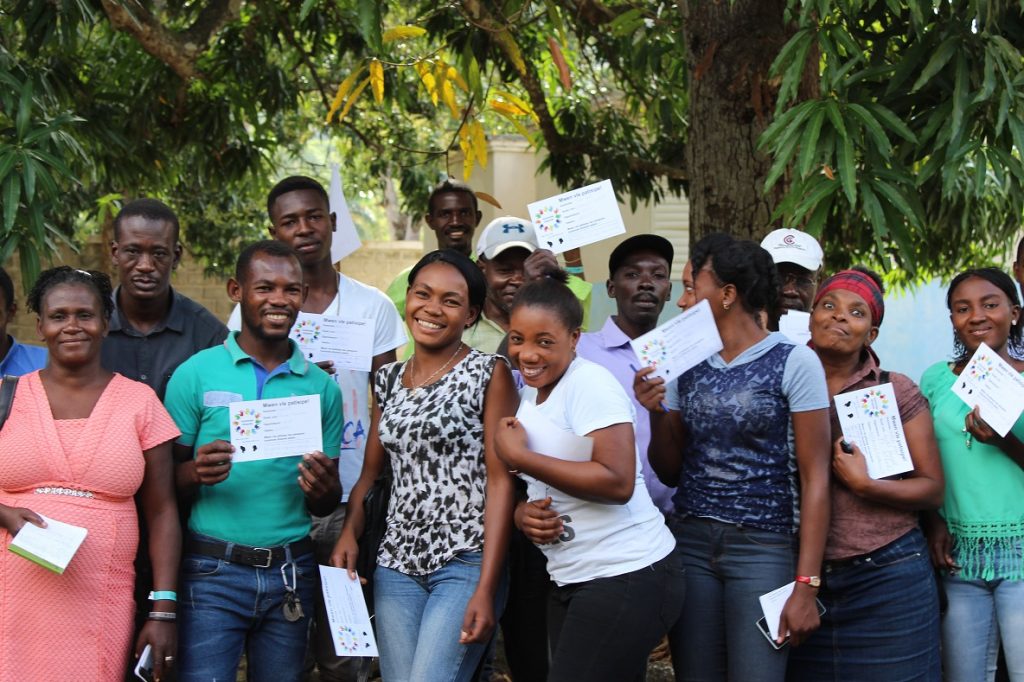 Equitas is pleased to announce the launch of a new project in Haiti called Thriving Communities.

This program will be put into effect in rural communities in northern and north-eastern Haiti where mining exploitation permits have been issued. It seeks to reinforce community members’ efforts to mobilize themselves in the fight for human rights. The program’s educational activities will offer an opportunity for its members to reflect on the implication of mining, to implicate the local population in making decisions that most affect them, and to encourage local authorities to support economic activities that respect the rights of all people.

This program is a continuation of the Citizen Engagement Program, which was developed after the earthquake in 2010. As Élise Voyer, the Senior Program Officer for Haiti programs, puts it:

“The approach of the Citizen Engagement Program is to give voice to groups that have been traditionally excluded and to help them to participate in the development of their community.”

To this end, this new program will train the members of rural communities – including women, young people, and people who cannot read or write – to use a human rights-based approach to lead community initiatives.

The name of the program emerged from a series of public consultations. Edex Paul, the coordinator of the Haiti program, explains that:

“There is a Creole proverb that says that when everyone works together, it lightens the load: Men anpil, Chay pa lou. This idea of collaboration is at the heart of the program. To advance the cause of human rights, we have to be dynamic; that means that we have to become responsible for our future and work hand-in-hand. The communities involved already feel a strong sense of belonging to the program since they chose a name that reflects their values.”

The first year of the program is essentially a pilot year. It will allow Equitas, with the input of the community, to develop and experiment with the educational tools that have been adapted to the local context. In all, Equitas will train 25 local leaders and implement initiatives in three communities.

Photo description: In January 2020, fifty people participated in the launch activities of the Thriving Communities project.