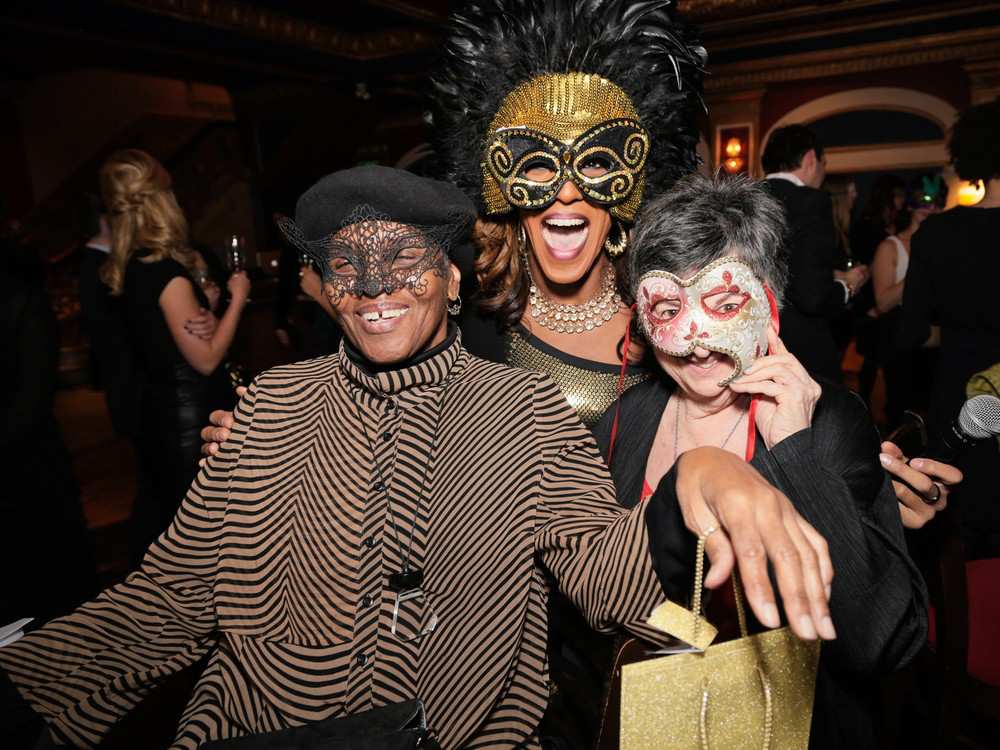 More than 200 Montrealers celebrated diversity and inclusion at the 10th Equitas Gala for Human Rights, held Feb. 11 at the Rialto Theatre. The event raised $100,000, with all proceeds and donations going to support the work of Equitas in communities in Canada, Africa, South Asia, Latin America and The Caribbean, the Middle East and Northern Africa. The not-for-profit organization, founded in Montreal in 1967, uses human rights education programs to work for the advancement of equality, social justice and respect for human dignity. Executive director Ian Hamilton called the gala an opportunity “to celebrate the inspiring people and organizations that work every day to build safer and more equitable communities here in Canada and around the world.” Lead sponsor of the gala was the TD Bank Group, longtime supporter of the Equitas Play it Fair! program, aimed at children aged 6 to 12. Gold Sponsor was CGI; silver sponsors were Air Canada, Alliance Corporation, Bell, Genband Canada, Morneau Shepell, Osler and Via Rail; bronze sponsors were A.Vogel, Muse Entertainment and RDS. Supporters were Barefoot Wine, the Canadiens de Montréal, evenko, Hart Resource Development, L’Impact de Montréal, Paysafe, Rogers Communications and Twitter Canada. The TD Bank Group also announced it would renew and increase its support for the Play it Fair! program. A $450,000 gift over three years will support activities including children’s community action projects to help promote inclusion and respect for diversity, and activities with aboriginal communities and organizations that work with newcomers and refugees across Canada. The gala was dubbed Right(s) Before Your Eyes; guests were encouraged to wear masks and, at one point invited to remove their masks in unison. “If the masks added to the mystery and entertainment of the evening, the ‘Big Reveal’ symbolized the importance of being able to reveal our true identity without the fear of being discriminated against or be excluded by our community,” said Equitas communications manager Annie Billington. applause@montrealgazette.com