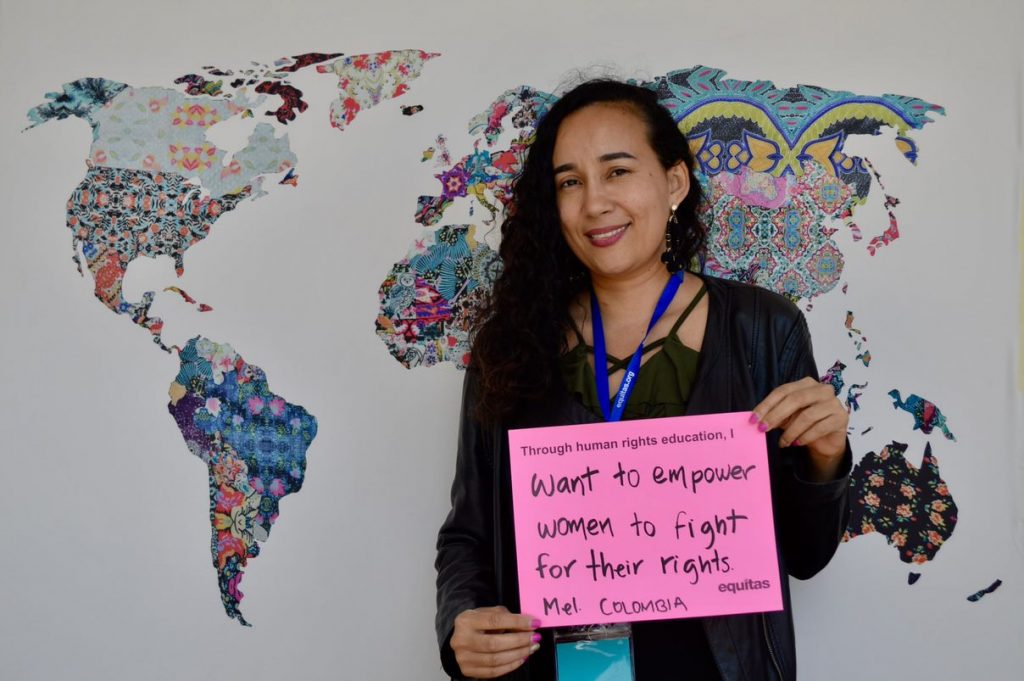 In 1979, John Humphrey, co-founder of Equitas and co-author of the Universal Declaration of Human Rights, was working on a small project to teach human rights law from his cottage in Prince Edward’s Island. Forty years later, the International Human Rights Training Program (IHRTP) has grown to welcome almost 100 participants a year, building an international community of over 4 300 human rights defenders, and has brought significant progress in the fight for human rights in hundreds of communities around the world.

The occasion of the 40th anniversary of the IHRTP is also a celebration of the work of human rights defenders. In order to highlight the social change they have inspired, here is a  short review of the progress of important global rights movements in the last forty years, namely those protecting sexual and gender-related rights. 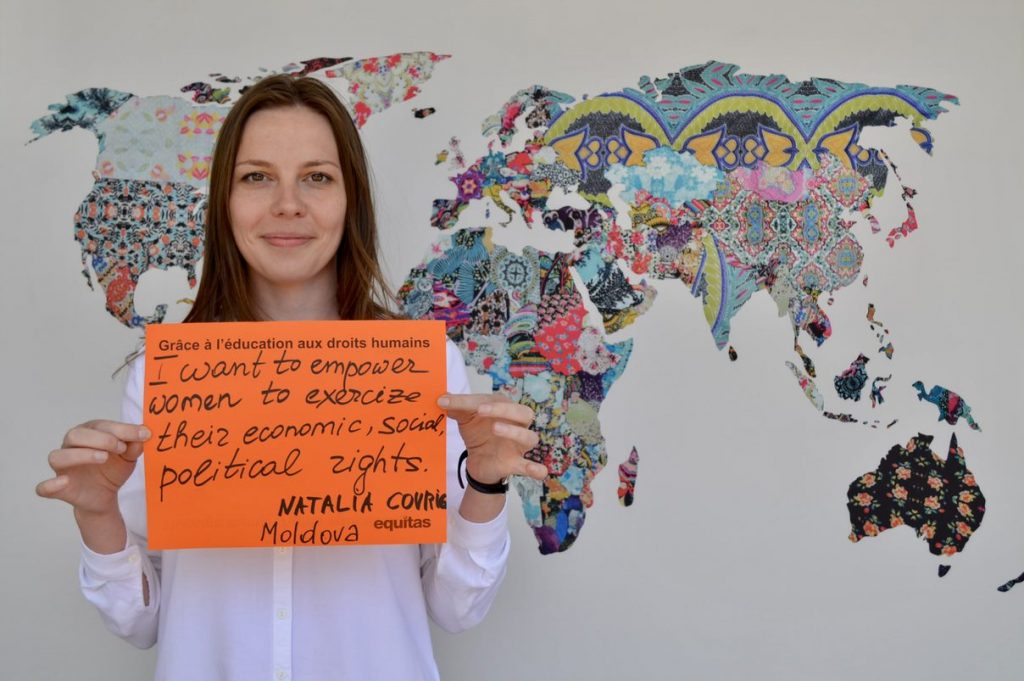 Since the adoption of the Convention on the Elimination of All Forms of Discrimination Against Women (CEDAW) in 1979, many states have actively begun targeting gender equality issues. By the 1980s, with the beginning of the third wave of feminism marked by the legalization of women’s suffrage in most countries in the world, the fight for women’s rights was beginning to bear fruit.

Early in the 1980s, universities in multiple countries implemented feminist theory and women’s studies in their school curriculums, raising awareness about women’s issues and furthering the cause for equality. Thanks to the better inclusion of women in education and in the workforce, the period between the 1960s and 1990s saw a significant drop in the global gender pay gap, from 65% to 30%. The 80s were also marked by the beginning of a faster increase in global female literacy, at a rate superior to that of males’. Representation of women in politics has also grown from 18% to 24% in the past 10 years, bringing us a step closer to parity

With more liberal marital and reproductive legislation came a three-year increase of the average female age of marriage in the world between the 1970s and the 2010s, going from 21.8 to 24.7, as well as a 42% decline in abortion-related deaths since the 1990s. The popularization of misoprostol, an inexpensive drug which induces abortions, has also increased the safety of clandestine abortions, especially in developing nations.

Despite the progress the women’s rights movement has seen over the years, many of its issues have stalled or remained unresolved. While the #MeToo movement shone light on sexual abuse and harassment in recent years, the evolution of this issue throughout history has struggled to improve: incidents of sexual violence are still vastly underreported and under convicted, strengthening the global culture of violence against women and gender inequality. In the past few weeks alone, the advancements made for women’s reproductive rights have been overturned by talks of multiple American states considering legislation permitting full abortion bans. This has brought talks about clandestine abortions in other parts of the world to the forefront, especially considering the outstanding majority of countries who have yet to legalize the practice, which should be a fundamental right.

The rights of LGBTQI persons 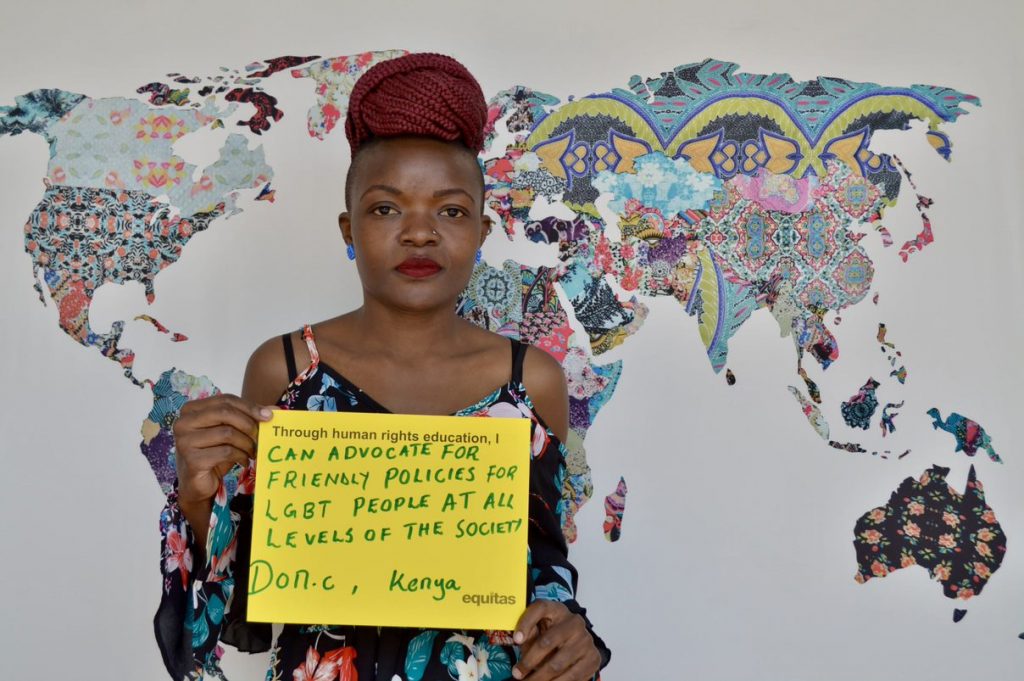 Despite the boom of awareness for the LGBTQI cause brought by the Stonewall riots in 1969, which inspired many first pride parades around the world in the following decade, the movement slowed as it entered the 1980s. The beginning of the HIV/AIDS epidemic in 1981 was a major setback for LGBTQI communities, as many stereotypes and negative sentiment towards those of different sexual orientation and gender identities were cause for discrimination.

The 1990s saw a number of new pride parades in the world, including in Johannesburg, which held the first event of this kind in Africa in 1990. It was also during this period that the World Health Organization finally removed homosexuality as a mental disorder, shortly after the Diagnostic and Statistical Manual (DSM), a document psychiatrists around the world refer to, did so in its 1987 revision.

Nevertheless, the pride movement would have to wait for the turn of the century to finally see states legalize same-sex marriage, starting with the Netherlands in 2001, and followed by 27 other states since then. Most countries have also equalized the age of heterosexual and homosexual consent, a move which has helped eliminate the discriminatory association between homosexuality and pedophilia.

Today, while in some countries, LGBTQI individuals can walk freely in the streets without fear for their lives, this isn’t the case in most parts of the world. Even where homosexuality is not against the law, strong socio-cultural stigma puts LGBTQI individuals at risk. Trans individuals are also more and more under attack, as around 369 trans and gender-diverse people were killed in 2018 globally, a statistic which has been increasing annually for over a decade. Unfortunately, while LGBTQI-friendly states have become more and more accepting of various sexual orientations and gender identities, many Middle Eastern, Southeast Asian, and African nations are still very intolerant of them. Their populations have also shown growing hostility towards people of different identities and orientations as well. For instance, countries such as Ghana, Azerbaijan, and Bangladesh have seen decreases in acceptance of LGBTQI persons, and violent crimes against these individuals are increasing in Brazil and Russia.

The historical challenges human rights activists in these movements have faced emphasize the importance of their work, and have inspired us, at Equitas, in our mission of human rights education. We are proud to help communities worldwide achieve better equality and eliminate discrimination, not only through our work with local partners, but also through the IHRTP, which has contributed to the spread of human rights education around the world for now four decades. You can read more about the program and its impact here: https://equitas.org/equitas-celebrates-40-years-of-empowerment-through-human-rights-education/.