Imagine being deprived of the ability to prove who you are, excluded from society and the global headcount. That’s the reality many people face in developing countries around the globe. According to UNICEF, 230 million or 45 per cent of children under five years old worldwide do not possess a birth certificate. Over 100 developing countries do not have adequate systems in place to ensure public birth registration.

Those who succeed in obtaining their needed documents have to fight tooth and nail to do so. The relief and joy that a birth certificate or identity card can bring is something many take for granted. Lachumanan Rasamany, the man in the photo on the right, knows this feeling all too well. Rasamany, who is now in his 60s, has lived his whole life without a birth certificate.  The married father of two girls is smiling wide because he is finally holding his own probable age certificate, which is equal to a birth certificate in function. Former IHRTP participant Sajeed Ahmed snapped the photo above of the plantation worker at a mobile legal clinic held on a plantation in the district of Kotmale, Sri Lanka. It’s hard to imagine the struggles this man and many others have faced due to the absence of this piece of paper.  Some of the main reasons why children are not registered at birth include illiteracy, ignorance surrounding the importance of birth certificates, and lack of governmental resources. In Sri Lanka, the acquisition process is time consuming and often takes advantage of those who don’t have the resources to go through it, such as the plantation workers. “The process is not simplified, it is very complicated, even an educated person cannot easily get a birth certificate done if he/she is not registered,” Ahmed said. Birth certificates  are essential before anyone can have access to government services. If a little girl is born in Sri Lanka tomorrow and goes unregistered, she will risk the loss of an education, health and immunization, a passport and the ability to move freely. She will get married, but not apply for a marriage license, leaving her in limbo should her husband die, or worse, should she find herself in an abusive relationship. She will face struggles right up to retirement, where she won’t even be able to claim her benefits.  The absence of a birth certificate leads to an absence from society; exclusion. 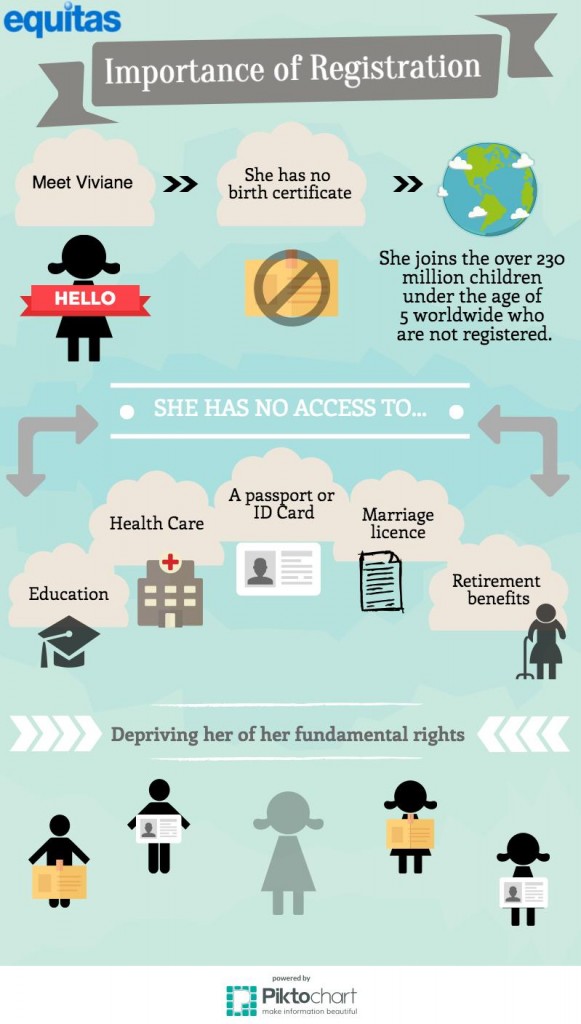