“Citizen engagement is needed to fight impunity, corruption and social inequalities. The engaged citizen is able to place himself above his particular interests, to live the values and principles of human rights, to be useful to his community, and to remain in harmony with his environment. It is part of the solution for Haiti to finally get out of the situation in which it finds itself.”

The Citizenship Engagement Program in Haiti, developed in the context of post-earthquake reconstruction, provides Haitian citizens with the toolkit and pedagogical tools “JE m’engage, ensemble NOUS bâtissons” (I commit, together WE build) to facilitate co-operation within communities, with the common goal of economic, social and cultural development based on human rights. At the heart of the process is a national network of civil society actors – including Viles Alizar, program manager at the Réseau national de défense des droits humains (RNDDH).

In 2008, a friend of Viles Alizar suggested that he participate in the International Human Rights Training Program (IHRTP), offered by Equitas every year in Montreal. Initially hesitant, he talks about it today as a landmark experience that has had a major impact on him and his work in human rights education in Haiti: 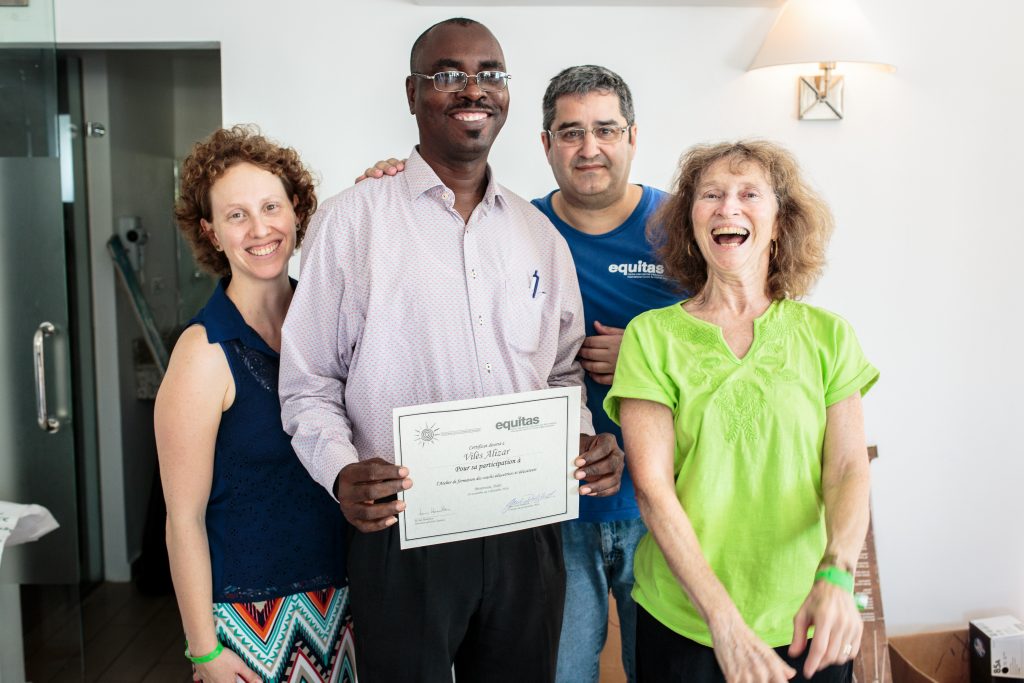 Based in Port-au-Prince, Viles has been working for the RNDDH for close to 20 years, which he describes as “a body of proximity and protection of the rights of society”. The RNDDH works on two distinct fronts: education and the monitoring of national institutions.

Viles and the RNDDH offer training to organizations so that they can put initiatives in place for the protection of human rights. They work with groups such as teachers and pupils to familiarize them with basic concepts of human rights as well as with the national police and Haitian magistrates, in order to better respond to complaints from citizens who are victims of violations of their rights.

As for the monitoring of national institutions, the RNDHH was able to document serious violations by institutions such as the police, prison services, the electoral system and the judicial system. The monitoring work grew following the 2010 earthquake to include, among other things, gathering information on the conditions of people living in displacement camps and ensuring the respect of their rights.

According to Viles, the billions of dollars promised or invested are not enough for the post-earthquake reconstruction in Haiti. There is a need to rebuild the country so that it is no longer vulnerable and for the population to be more resistant and resilient to disasters, as sadly demonstrated by Hurricane Matthew in October 2016. The objective is therefore to rebuild Haitian society on new foundations, not only material, but above all focusing on inclusive development, solidarity and human rights.

And this is exactly what the Engaged Citizenship Program is about, an exchange and sharing program developed by Viles and his colleagues in the collective Partenaires pour la citoyenneté engagée with the support of Equitas.

The impact of the work of this civil society alliance demonstrates the importance of citizen engagement and human rights education in rebuilding a society that needs to take control of its own development.

“Without human rights, the advent of democratic rule of law in Haiti will be difficult to achieve.”