Deep within the stone housed communities of Sana’a, an ancient city that has been inhabited for over 2,500 years, many young girls are faced with harrowing fates. Their lives as young teens and students are cut short as they are forced into a union that will completely shift their reality. According to UNICEF, 12% of girls in Yemen are married before reaching the age of 15, and 32% are married before 18. Some girls in rural areas are wedded when they are as young as eight-years-old, according to a 2005 study by Sanaa University. Child marriage is an antiquated practice with deep roots in the traditions that can be considered a hindrance to the growth of youth. In Yemen, there is currently no law setting an age limit for marriage, but recent attempts have been made. On-going political turmoil in the country since the 2011 Arab Spring has overshadowed the conversation related to child marriage, but human rights activists are continuing the fight. Kafia Alafif is an Equitas International Human Rights Training Program (IHRTP) alumnus and a senior coordinator of the Youth Leadership Development Foundation (YLDF) in Yemen, an NGO focused on getting youth involved in their communities. She is also coordinating the Equitas led Mosharka program. Mosharka, which means participation in Arabic, aims to build on the vital role played by youth in the Middle East and North Africa to help integrate youth as more efficient and active participants in their society. The YLDF acts as the local Yemeni partner of Mosharka. The goal of one of its youth initiatives, Hayati, raise awareness of the effects of early marriage on both girls and boys within the Bani Al Harith district of Sana’a. 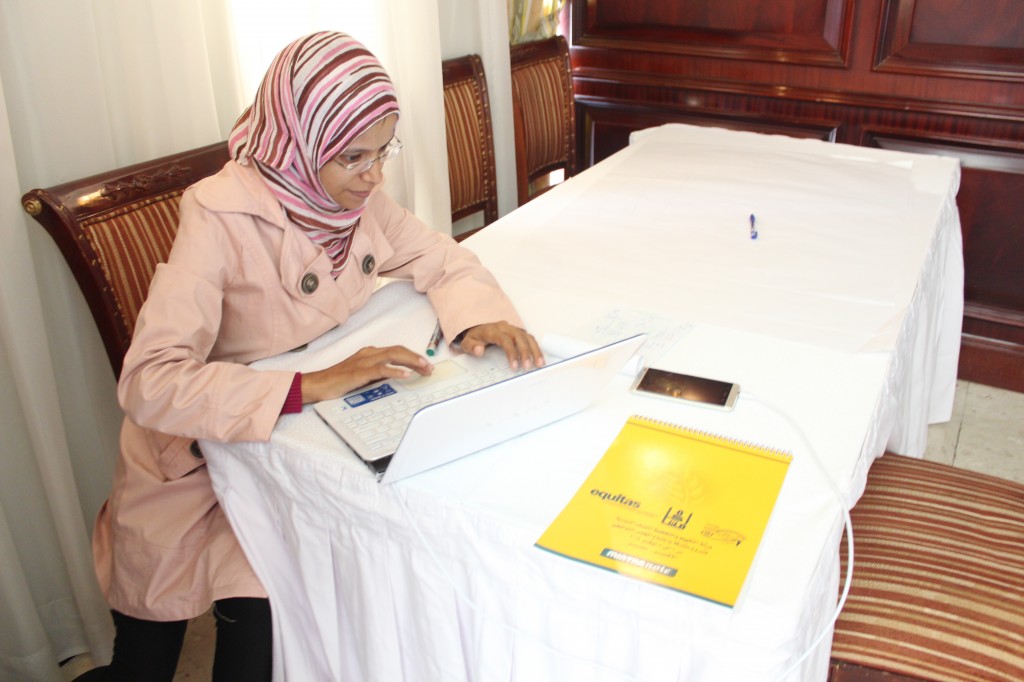 Peer-to-peer education at the local level Sixteen young males and females were trained in media campaigns and peer education in relation to the topic of early marriage. They were exposed to the idea of child marriage and its effects from a medical and religious point of view through discussion and guest speakers. All of this was to ensure that they are armed with the tools they need to go out in their community and be the voice of change and reform. As part of the project, the youth were sent door to door in the community to spread information and collect signatures in support of the fight against early marriage. Despite their determination, the harsh climate in Yemen makes it tough for activists to do their work.

“People have different opinions. We have some religious people who think it [early marriage] is something legal and that it is ok. They use our prophet Muhammad as an example, when he took Aisha as a bride when she was eight,” she said. “They think that because we are fighting to have specific age limit for marriage, then we are trying to spread western culture.”

Alafif stresses that it is important to see beyond culture and customs, and actually take the education and health of young girls and boys into consideration. After all, they are the building blocks of the future. In many Yemeni households, girls are often seen as a burden. Daughters are to be given away in exchange for a dowry, an incentive for those living in poverty. Alafif says that the leap from child to wife, and very quickly to mother, is extremely detrimental for a young girl, both physically and mentally. A 2002 official survey on domestic violence in Yemen revealed that 54 percent of respondents were victims of physical abuse, 17.3 percent were victims of sexual violence, and 50 percent have been on the receiving end of verbal threats. The issue with child marriage is that it not only harms the young women, but it sets off a chain reaction of bad side effects in the community. The United Nations Populations Fund cites child marriage as a direct link to the inability to make progress in the areas of gender equality, reducing maternal mortality, and education and literacy. Early marriages open the door to issues such as young pregnancy, infant mortality, rape, domestic abuse, and lack of education amongst young girls. Childhood, opportunity, and innocence are ripped from their hands and locked away. First-hand encounters Alafif not only works with youth to address the issue, but witnesses it firsthand in her neighborhood in Ma’ain District, one of the poorer areas of Yemen, and a target area for Mosharka. “In my neighborhood, we have a lot of girls getting married while they are very young. I tried to talk to one of the families but they told me that it’s not my right to talk to them, that it is their daughter,” she said.

“After a while, the girls get divorced because they cannot manage or deal with the situation as a mother, as a wife, so we have a lot of divorced girls who are very…damaged.”

The IHRTP alumna explains that for some, a divorced woman or girl is seen as something tainted. She brings shame to the family, and is often kept locked away from society, sometimes waiting to be married off again. The YLDF have spearheaded other initiatives in the fight against child marriage, such as their training of teachers in addressing the issue with young girls. Alafif says that their intervention makes a difference.

“In one of the schools in Ma’ain, one of the teachers stopped someone who was planning to marry off his daughter,” she said.

The teacher took the initiative to speak with the father and dissuade him. Alafif believes that the power of education and dialogue is needed to thwart the practice of child marriage, as well as the implementation of a law that is actually upheld. The proposal of a law on child rights, which would set the age for marriage at 18 years, was submitted to the Prime Minister of Yemen last April. However, not much progress has been made in discussing and implementing the actual law. There is also the issue of a paper law simply being dismissed due to the prevalence of traditions. While there is a long way to go in terms of progress and social reform, Alafif sees the youth as the key game changers, and that’s why it is important to instill proper human rights education amongst them. Her IHRTP training with Equitas has helped her navigate this type of work in her community.

“I got a lot from the IHRTP experience; how to facilitate lessons with youth, how to deal with human rights issues related to youth, women, and children,” Alafif said.

She’s hopeful that human rights education can change the situation, slowly but surely.

“In Yemen we have a lot of youth, we are a youth country. They are the agents of change, we have to educate them, we have to work with them, to try to empower them to solve these issues related to customs.”

The International Human Rights Training Program is undertaken with the financial support of the Government of Canada provided through Global Affairs Canada, as well as support the American Jewish World Service.

← VIDEO – 4 things Montrealers can do to #welcomerefugees, with CTV’s Caroline Van Vlaardingen and Ala’a Jarban
IN THE MEDIA – Vincenza Nazzari, Equitas Director of Education, “making the world a better place” →