“ The Mosharka project helped change preconceived notions my family had about my capacity to contribute to my community ’’ – Nadaa, Yemen 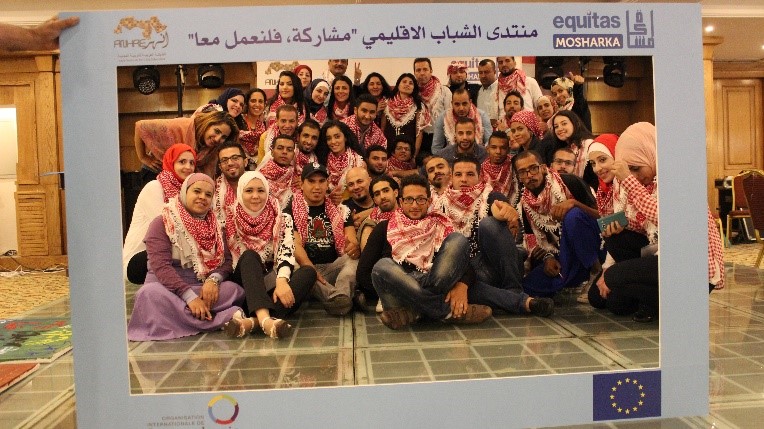 Over the past three years, Equitas’ Mosharka project has involved more than 1,660 young people and reached over 16, 575 people across Yemen, Jordan, Egypt, Tunisia and Morocco on youth participation in community life and human rights education. Gender equality was an integral part of the project and half of people reached were women, including 40% from marginalized groups. The many experiences of the young women and men who participated in Mosharka have greatly informed us on the overall strategies and good practices to implement and manage successful projects that promote and protect human rights. Here are 7 lessons we learned about promoting gender equality throughout the project:

Changing preconceived notions about women and girls that contribute to gender inequality can only be done gradually. To achieve tangible and lasting results, it is essential to adopt a measured approach and work with a small number of people who in turn will have an impact in their family and work environments.

Contributions made by young people and civil society organizations to discussions around gender equality within their communities have a positive impact on the private and professional lives of the people involved. 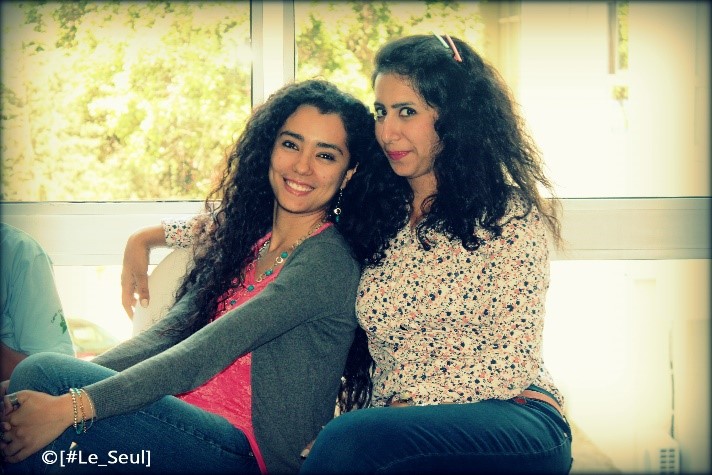 For example: During the Mosharka project, youth discussions on sexual harassment of young girls, a practice considered harmless by many people, led to a broader understanding of harassment as an important human rights issue. After realizing that this harassment has a negative impact on young girls’ lives, the youth organized an awareness campaign.

Offering opportunities for marginalized women and girls (from poor or rural communities) to take part in human rights trainings, conferences and activities is essential. Certain groups of women and girls from traditional backgrounds may seem reluctant to attend or speak up at public events. However, given the opportunity to participate in a meaningful way and in a setting where they feel safe, they are articulate and eloquent.

Gender balance in trainings and other activities is a fundamental principle that needs to be respected.

It is important to follow-up with women and girls involved in project activities that promote gender equality.

Women’s participation increases when their particular situations are taken into account, for example, by providing childcare during activities or ensuring that activities are organized at more convenient times. 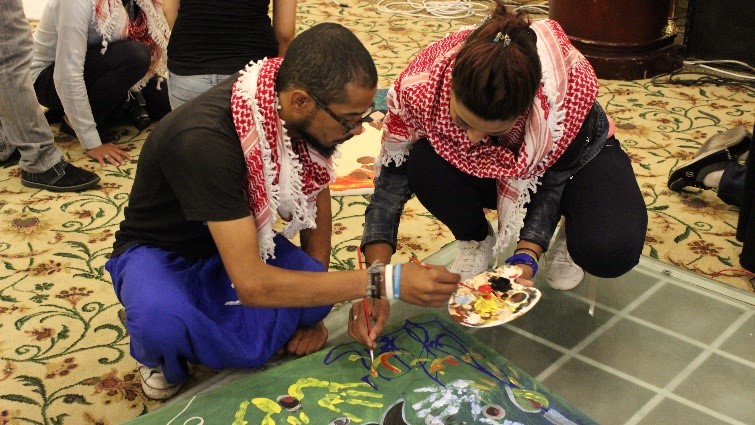 How Equitas and its partners promoted gender equality within the Mosharka project: 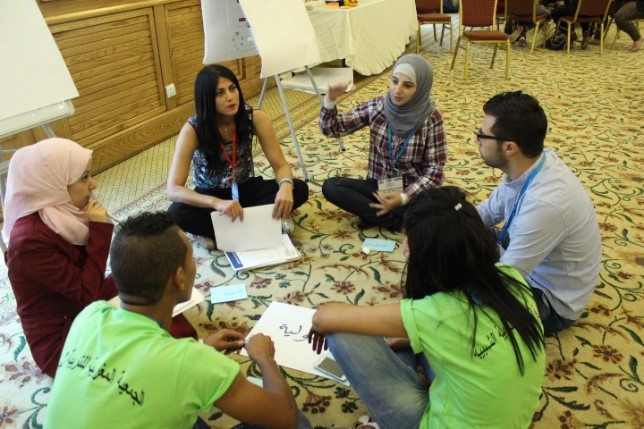 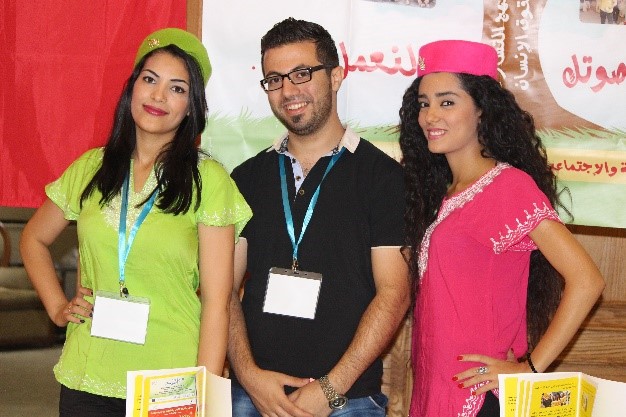 More information on the Mosharka project: The Mosharka project started in November 2012 with the goal of building networks and capacity, in the Middle East and North Africa (MENA) region, for engaging and mobilizing youth to promote human rights as well as increasing their democratic participation. The project helped equip youth to participate more effectively in advancing democracy, equality, and fundamental rights and freedoms. The Mosharka project was made possible thanks to the financial support from the European Union, l’Organisation international de la Francophonie and the Canada Fund for Local Initiatives (CFLI) in Jordan. More info here > For more information on the different lessons learned and good practices on the project, see Youth Participating in Community Life: Implementing Human Rights Projects in the Middle East and North Africa – Lessons Learned and Good Practices, Equitas, 2016. 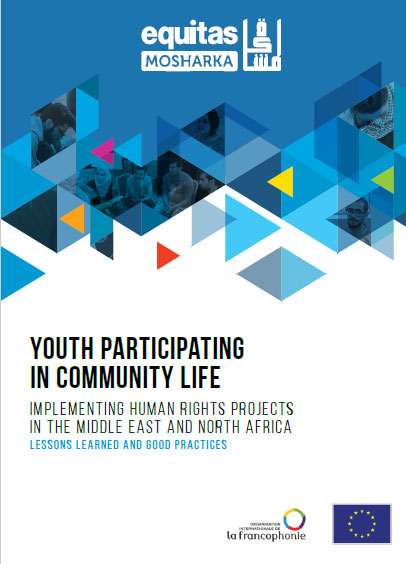 [1] Gender equality refers to the equal rights, responsibilities and opportunities of women (including girls) and men (including boys), including any person whose appearance or behaviour does not conform to traditional female or male gender models. Equality does not mean that women and men are the same, but rather that their rights, responsibilities and opportunities do not depend on whether they are born male or female. Gender equality implies that the interests, needs and priorities of both women and men are taken into consideration – recognizing the diversity of different groups of women and men and that they may experience not only discrimination on the grounds of sex but may also experience the compounding effects of ethnic and religious identity, disability, etc. Definition adapted from the International Human Rights Training Program, Equitas, 2015.
[2] This blog was adapted from the following document : Youth Participating in Community Life: Implementing Human Rights Projects in the Middle East and North Africa – Lessons Learned and Good Practices, Equitas, 2016. &nbsp; &nbsp;

7 lessons learned on promoting gender equality in the Middle East and North Africa https://t.co/PEu9KM36Ck via @EquitasIntl

← Women of Distinction 2016 Nominee, Community Champion: Marie Christian
2016 Reunion Evening – Equitas’ volunteers and interns at the heart of our action in Montreal! →