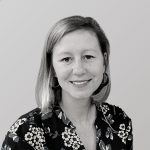 Anne joined the Equitas team in August 2020 as Fund Director, ACTIF. She holds a MBA from McGill’s Desautels Faculty of Management and 20 years of experience managing complex development programs and teams in international NGOs, national and multilateral development agencies, including with the United Nations Development Program. A thought-leader in the promotion of gender equality, her approach is deeply informed by a long history of working with international rights-based organisations, networks and social movements.

During her tenure as the Coordinator of the Association québécoise des organismes de cooperation internationale’s (AQOCI) Comité québécois femmes et développement (CQFD), she successfully influenced a network of organizations to meaningfully integrate intersectional approaches to gender equality and inclusion in their programs and institutions. This expertise in gender equality was recognized and sought by Global Affairs Canada, the Organisation International de la Francophonie (OIF) and the Quebec government. Examples include advising on the development of the Francophonie’s gender strategy (Armenia, 2018) and the launch of EGIDES (International Francophone Alliance for Equality and Diversities).

Anne is the author of several publications on feminist approaches to international development and a seasoned public speaker at the United Nations and other international forums. She is also co-chair of the Advisory Committee of the CCIC Digna initiative on sexual exploitation and abuse.